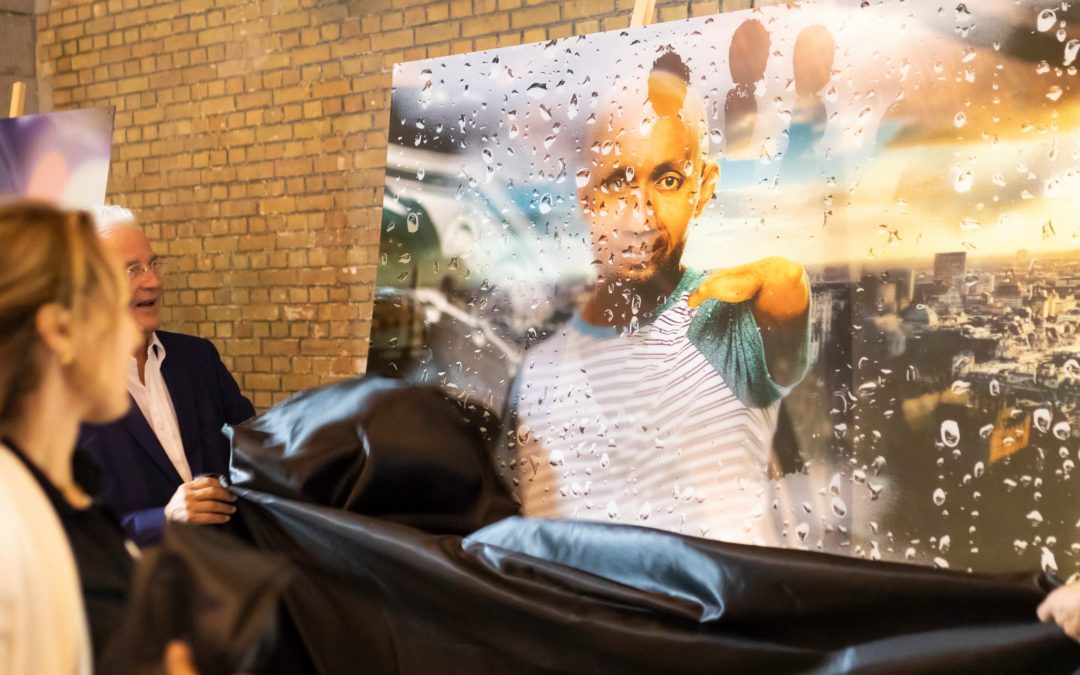 The foundation supports efforts to remove the stigma from disability, e.g. through impactful awareness-raising campaigns highlighting topical issues and addressing existing problems in society. With this in mind, we are supporting an original photo exhibition which combines culture and disability as a vector for raising awareness to make people think and ask questions.

The Hand in Cap exhibitionhas reached thousands of people. It was initially held at the Tour & Taxis cultural centre in Brussels from where it moved from 18 October to 21 December 2018 to the federal parliament, at the heart of the peristyle of the Chamber of Representatives.

It is currently shown at the Auderghem town hall until 5 January 2020.

This event makes it possible to highlight disability in all its forms and give prominence to the strength which each individual has mustered in coping with the obstacles encountered.

“Hand” in Cap raises awareness among the general public through images of people placed in unusual or impossible situations, appealing to everyone’s imagination and sensitivity while at the same time conveying a strong and impactful message.